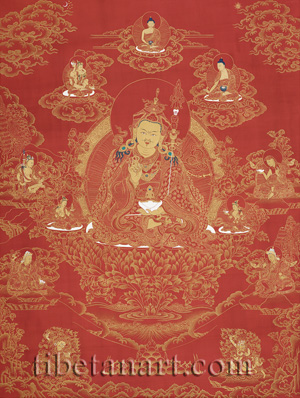 Padmasambhava And His Eight Manifestations

Padmasambhava And His Eight Manifestations :