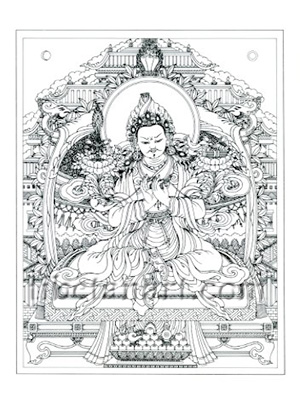 Trisong Detsen was the second of the three great Tibetan religious kings who patronized the establishment of Buddhism in Tibet. At his invitation many scholars and yogins traveled to Tibet, the most famous ones being Shantarakshita, Padmasambhava, and Vimalamitra. During his reign the first Buddhist Monastery was built at Samye in Central Tibet.