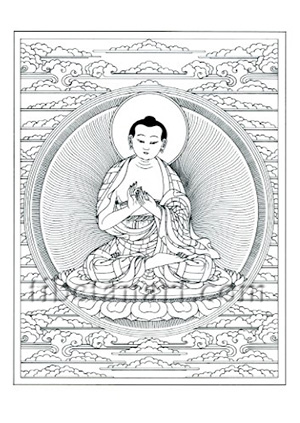 Considered to be an emanation of Vajrasattva, Garab Dorje was the first human guru of the Dzogchen or Atiyoga teachings. He was born in the West Indian Kingdom of Uddiyana, and the Dzogchen lineage passed from Garab Dorje to Manjushrimitra, Sri Simha, Padmasambhava, Vimalamitra, and Vairocana.