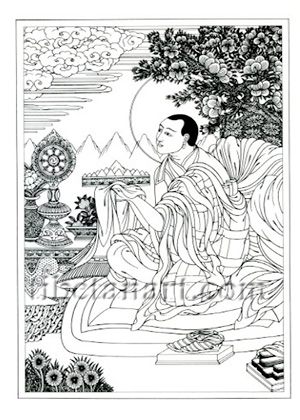 One of the foremost disciples of Je Tsongkhapa, Khedrub Je compiled many extensive works, including: an introduction to the Buddhist Tantras, an extensive commentary on the Kalachakra Tantra, and the biography of Tsongkhapa. He was the third abbot of Ganden Monastery, holding the throne for six years until his death at the age of fifty-three.