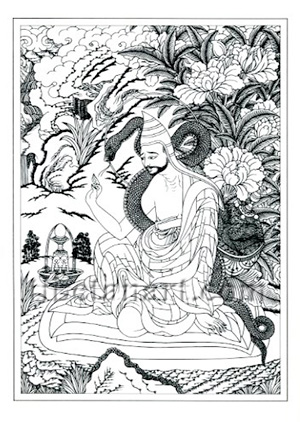 Abhayakaragupta (Tib. Jigs-med 'Byung-gnas sbas-pa), was one of the last great Indian Buddhist masters who flourished in Eastern India around the turn of the 12th century. Under his guidance many important texts were compiled and translated into Tibetan, and he was instrumental in synthesizing the philosophy of Madhyamaka with the Mantrayana or tantric path.