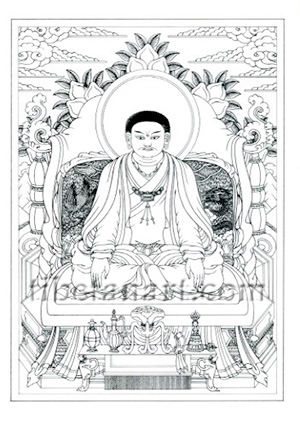 Marpa, the translator (Tib. lotsawa), was a Tibetan disciple of the Indian Mahasiddhas Naropa and Maitripa. He made several long journeys to India, collecting and translating many important tantric texts into Tibetan. Marpa was the founder of the Tibetan Kagyu lineage, and his most prominent disciple was Milarepa.